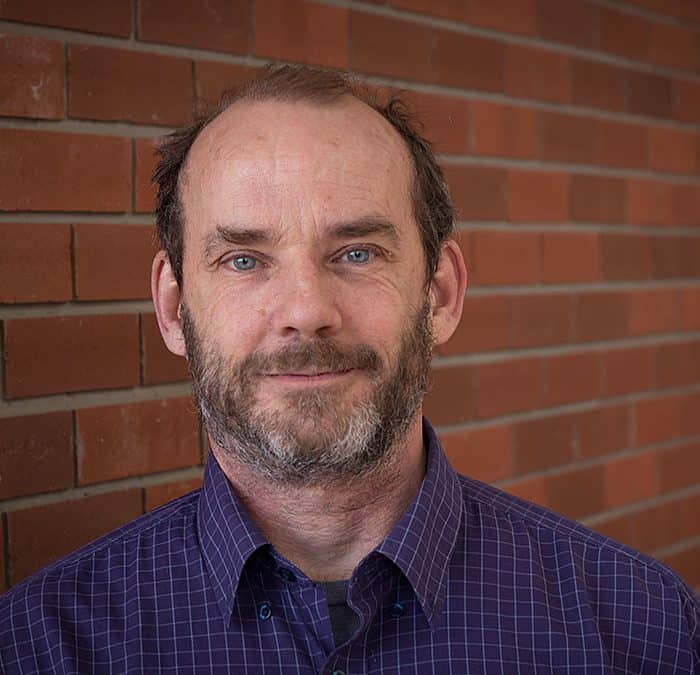 A lifelong resident of Saskatoon, Ted graduated from the U of S with a B.A. in Political Science, and then worked in the non-profit sector for 10 years, serving as the General Manager of the Community Radio Society, overseeing the sign-on of Community Radio Station CFCR-FM. He currently works for the Canada Revenue Agency as an Auditor and Liaison Officer.

In addition to serving as the Treasurer and Chair of the Finance/Audit Committee at Oliver Lodge Ted volunteers his time as an executive member of his neighbourhood’s community association and the local community garden.

As the middle son of an octogenarian mom, Ted has dealt first hand with some of the challenges society faces with an aging population. Ted believes that what the staff and management do on a daily basis is truly remarkable. He is honoured to be able to contribute to their efforts and serve the Oliver Lodge community.

Ted has been serving on the Board since 2009 – the year the Riders lost the Grey Cup.