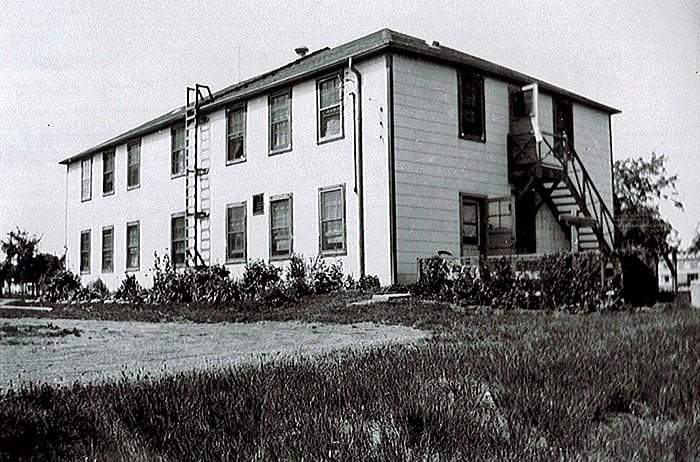 Oliver Lodge had its beginnings in 1949 when a group of women from Knox and Third Ave United Churches saw a need for housing for widows of war veterans and other older single women. Saskatoon Presbytery of the United Church of Canada agreed, and then rented an abandoned air force barracks at the present site of Saskatchewan Polytechnic on Idylwyld Drive (formerly SIAST Kelsey Institute). The original facility housed 18 residents. Volunteers completed a considerable amount of the work. In 1950 another barracks was rented and Oliver Lodge grew to include 68 residents.